The processing of flax and hemp is culturally and historically one of the oldest forms of textile manufacturing. Hemp and flax were used by the Dacians in ancient times to make clothing. The traditional, rural reworking of linen and flax operated something like this: hemp fields were usually located near the outskirts of the village, irrespective of crop sequencing. In the Carpathian Mountains it was customary for women to carry out all tasks related to textile making, i.e. planting and harvesting hemp and flax, as well as spinning, weaving and embroidering. As a result, girls also inherited arable land, as they could turn flax into fine linen and hemp into rough linen.

Since the same crops were cultivated on tiny parcels of land every year, the ground had to be thoroughly fertilised and worked. Flax was especially demanding in this regard. However, the actual ploughing and timely sowing was a man’s job. After harvesting the hemp, it was “melted”, the Romanian term for water retting, in order to separate the fibre from the woody core. The plants were submerged and left in dammed watering holes until the woody parts began to rot, after which the hemp was dried and broken. For further refinement, the fibres were “scutched” and drawn through a wooden heckling board (raghila in Romanian), a plank studded with upright, sharp nails, to straighten and separate the fibres.

Once all the work in the fields was completed, the women would gather the hemp for further processing. Women were clearly allocated different areas in the spinning rooms according to their marital status, i.e. eligibility: older women would sit closer to the entrance, the younger, nubile ones further back inside the room. For this kind of work the women and girls would dress in more opulent clothing than they usually wore to perform their daily chores, although not quite as festive as the garments worn for festive occasions. Once the men finished their day’s work they would pass by the spinning room to flirt, laugh, sing and dance and – in all likelihood – to drink as well. Thus, not only was the spinning room a gathering place that offered enjoyable work in pleasant, entertaining company, it was also a place for young people to get to know each other, a sort of work and village social club doubling as a matchmaking venue.

At the end of winter, the yarn was washed communally: the hemp yarn was first boiled in lye made from wood ash, then rinsed either in rivers and lakes or at home. The men helped to wring out the yarn, and were responsible for carrying the washed, wet yarn from the river and streams back to the village. It was either hung on a fence or in front of the house and, once dry, was wound up and stored until spring, the time to begin dyeing and weaving again.

Hemp and flax processing, as well as the production of textiles usually produced at home, were typically carried out by women, and the men were in charge of sowing, harvesting and retting the fibrous plants. However, linen weavers in the cities were exclusively male. They would use prefabricated yarn, which they either bought themselves, or were given in payment by their customers, to be used for the woven item they had ordered. As they were able to weave broadloom textiles on their weaving looms, they were occasionally commissioned to weave broad swathes of plain fabric, but produced predominantly decorative textiles

1. Spinning woman. Photo: Györffy István. Méra 1922. From the archive of the Museum of Ethnology in Budapest. Neprajzi Museum Budapest. 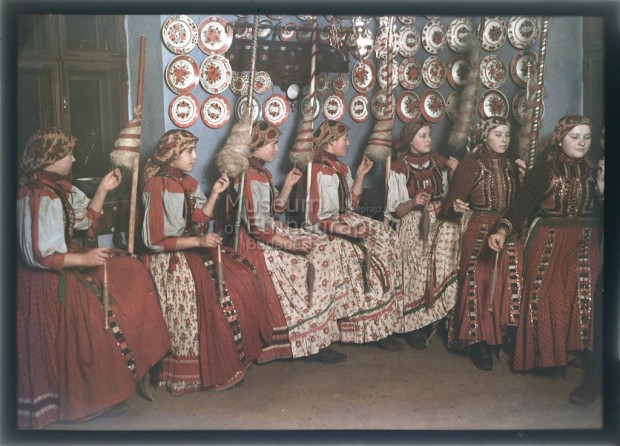 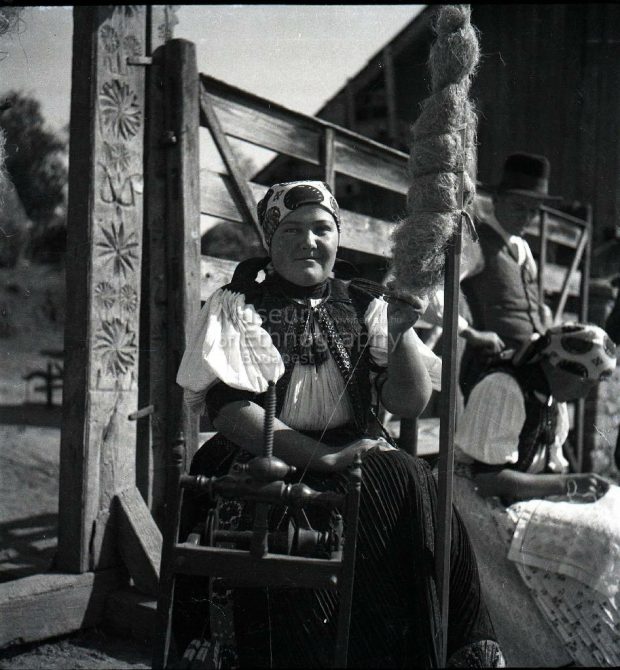 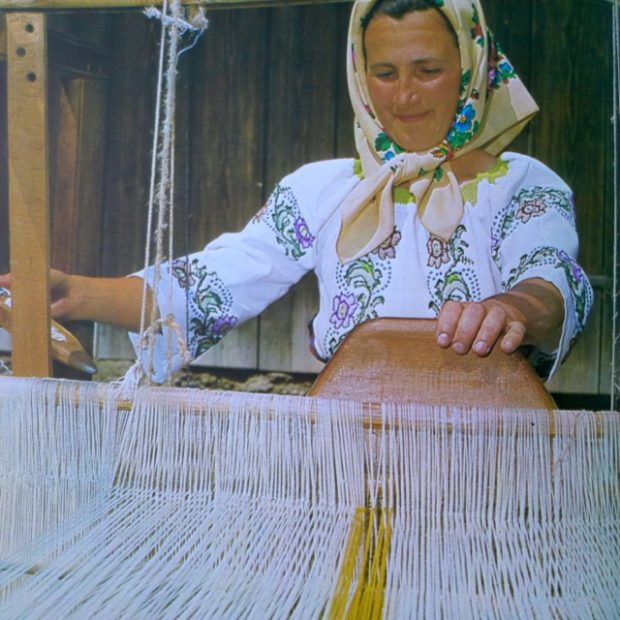 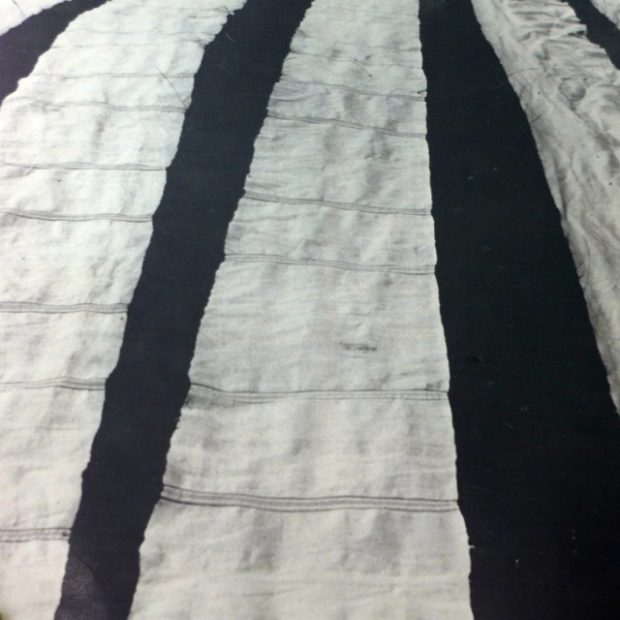